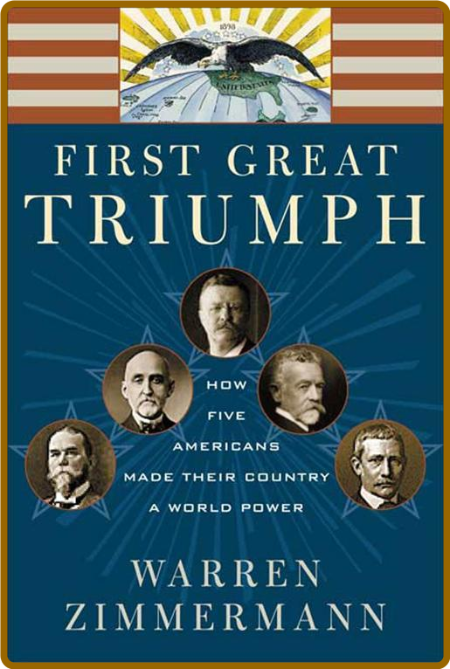 "We were sure that we would win, that we should score the first great triumph in a mighty world-movement."--Theodore Roosevelt, 1904
Americans like to think they have no imperial past. In fact, the United States became an imperial nation within five short years a century ago (1898-1903), exploding onto the international scene with the conquest of Cuba, Puerto Rico, the Philippines, Hawaii, Guam, Samoa, and (indirectly) Panama. How did the nation become a player in world politics so suddenly-and what inspired the move toward imperialism in the first place? The renowned diplomat and writer Warren Zimmermann seeks answers in the lives and relationships of five remarkable figures: the hyper-energetic Theodore Roosevelt, the ascetic naval strategist Alfred T. Mahan, the bigoted and wily Henry Cabot Lodge, the self-doubting moderate Secretary of State John Hay, and the hard-edged corporate lawyer turned colonial administrator Elihu Root. Faced with difficult choices, these extraordinary men, all close friends, instituted new political and diplomatic policies with intermittent audacity, arrogance, generosity, paternalism, and vision. Zimmermann's discerning account of these five men also examines the ways they exploited the readiness of the American people to support a surge of expansion overseas. He makes it clear why no discussion of America's international responsibilities today can be complete without understanding how the United States claimed its global powers a century ago.