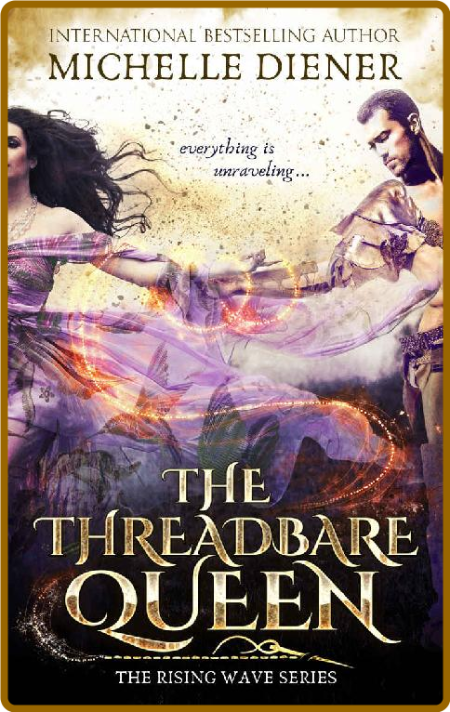 A conqueror's victory is never assured . . .
The Rising Wave may have taken control of Kassia, but hot on the heels of their victory, Luc receives word from one of his spies that the Jatan, emboldened by the Kassian army's withdrawal, have crossed the border. More worryingly, they haven't just moved into northern Kassia, but also east to Luc's home region of Cervantes, and with all the Cervantes warriors with Luc in Kassia's capital, Fernwell, cementing their hold on power, his home is vulnerable and defenceless. Luc has no choice but to leave securing Fernwell to Ava, gather forces, and head north, to try to push the Jatan back to their side of the mountains.
A queen's safety is never a given . . .
Finally, after months of trying, a minion of the Speaker of Grimwalt's court manages to snatch Ava from under the noses of her friends and allies, off the streets of Fernwell and onto the back roads to Grimwalt. Ava has to struggle against an insidious assault on her vitality and magic, fighting a power that isn't just strong, but malevolent.
Nothing is set in stone . . .
As Ava tries to escape her captors and Luc races to defend his homeland, they draw closer and closer to each other, until finally their paths cross, as they always seem to do. As they once again face their enemies together, they will have to use all their strength to salvage the victory they've worked so hard to accomplish.
The Threadbare Queen is the second book in the Rising Wave series. The series begins with The Rising Wave, a prequel novella, and continues with The Turncoat King. Look out for book 3, Fate's Arrow, coming in 2022.