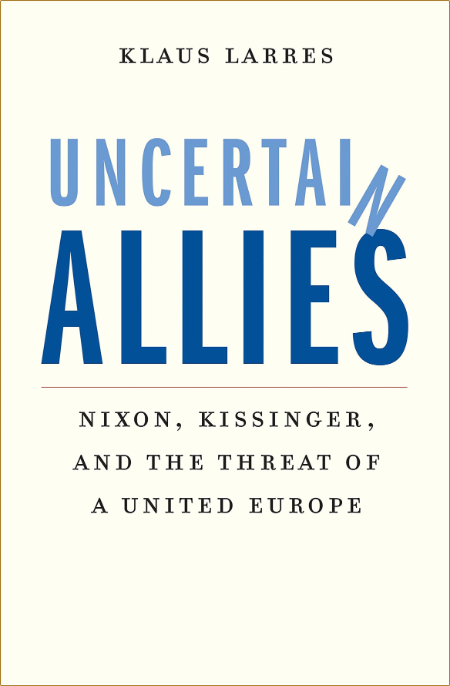 The United States has long been conflicted between promoting a united Western Europe in order to strengthen its defense of the West, and fearing that a more united Western Europe might not submit to American political and economic leadership. The era of wholehearted support for European unity was limited to the immediate postwar era. The stances of the past three U.S. presidents—Bush's unilateralism, Obama's insistence on "leading from behind," and Trump's overt hostility toward the European Union—were prefigured by Washington's economic and geopolitical strategies of the 1960s and 1970s. Concentrating on the policies of Richard Nixon and Henry Kissinger, Klaus Larres argues that their years in office were the major turning point when "benign hegemony" gave way to an attitude toward Europe that was seldom better than lukewarm, frequently even outright hostile, and that was returned in kind. This book offers an unusually clear and comprehensive examination of transatlantic relations during the Nixon era.