Myth and the Movies: Discovering the Myth Structure of 50 Unforgettable Films 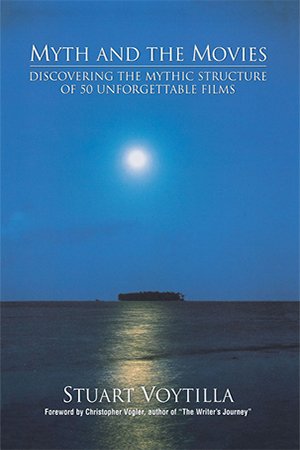 Myth and the Movies: Discovering the Myth Structure of 50 Unforgettable Films
Stuart Voytilla | 1999 | ISBN: 0941188663 | English | 300 pages | ePUB | 2 MB
Riffing off ideas articulated in Christopher Vogler's The Writer's Journey, Myth and the Movies serves both as a sequel to that book and a series of examples attempting to demonstrate its validity. In his book, Vogler, borrowing ideas from Carl Jung and Joseph Campbell, argues that every story follows certain patterns--which he collectively characterizes as a mythic "hero's journey." In Myth and the Movies, Voytilla breaks this journey up into stages, using 50 famous films to illustrate the universality of Vogler's method. During the course of the book, he unpacks the mythic structure of horror, war, drama, romance, comedy, science fiction, action-adventure, the western, and the thriller, drawing on films as diverse as Seven Samurai, The Silence of the Lambs, Annie Hall, and Boyz N the Hood. His charts, maps, and consideration of various archetypal characters ("the shadow," "the trickster," "the herald," "the shapeshifter") and narrative devices ("the elixir," "the adventure," "the threshold," "the road back") provide a clear picture of how Campbell's archetypes can be used for film analysis. And who knows? Perhaps as you follow Voytilla's descriptions, you will be inspired to create some myths of your own.