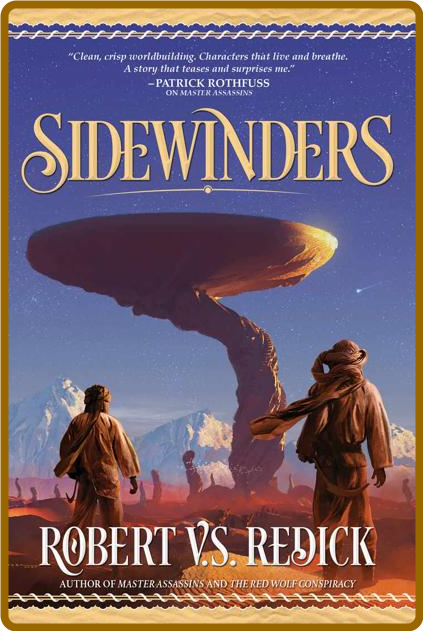 Two brothers flee an army of fanatics across a vast and magical desert in this white-knuckle sequel to Master Assassins from Robert V.S. Redick, author of The Red Wolf Conspiracy.

The worst of rivals, the closest of friends, the two most wanted men in a war-torn world: Kandri and Mektu Hinjuman have cheated death so often it's begun to feel like a way of life. But nothing has prepared them for the danger and enchantment of the Ravenous Lands. This sprawling, lethal desert is the brothers' last hope, for they have killed the favorite son of Her Radiance the Prophet, and her death-priests and magical servants are hunting them day and night.

But there are dangers even within their caravan. Some of their fellow travelers worship the Prophet in secret. Others, including Mektu, have become obsessed with a bejeweled dagger that seems to afflict its owners with madness or death.

At stake is far more than the lives of two runaway soldiers. Kandri is carrying an encoded cure for the World Plague, a disease that has raged for centuries-while far from the desert, certain criminals have learned just how lucrative a plague can be. Are they using the Prophet, or being used by her? Who, in this game of shadows, can Kandri trust?

He knows one thing, however: they must reach Kasralys, great and beautiful fortress-city of the east. Only there can the precious cure be deciphered. Only there can Kandri seek word of the lover who vanished one night without a trace.

But Kasralys, never conquered in 3,000 years, is about to face its greatest siege in history.