Circle of Treason: CIA Traitor Aldrich Ames and the Men He Betrayed 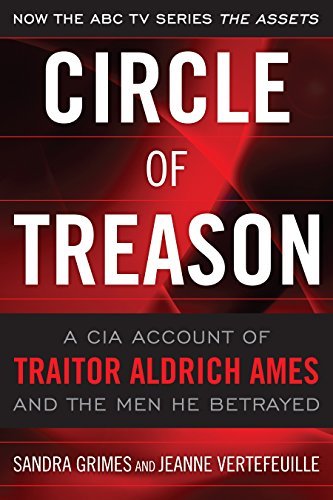 Circle of Treason: CIA Traitor Aldrich Ames and the Men He Betrayed
English | 2012 | ISBN: 1591143349 | 240 pages | EPUB | 1.5 MB
Circle of Treason details the authors' personal involvement in the hunt for and eventual identification of a Soviet mole in the CIA during the 1980s and 1990s. The search for the presumed traitor was necessitated by the loss of almost all of the CIA's large stable of Soviet intelligence officers working for the United States against their homeland. Aldrich Ames, a long-time acquaintance and co-worker of the authors in the Soviet-East European Division and Counterintelligence Center of CIA, turned out to be that mole. In April 1985 Ames walked in to the Soviet Embassy in Washington, D. C. and volunteered to the KGB, working for the Soviet Union for nine years until his arrest by the FBI in February 1994.

Ames was arguably one of the most destructive traitors in American history, and is most well-known for providing information which led to the death of at least 11 Soviet intelligence officers who spied for the West. The authors participated in the majority of these cases and the book provides detailed accounts of the operational contact with the agents as well as other similar important cases with which the authors also had personal involvement. The stories of the brave men who were executed or imprisoned by the Soviet Union include GRU General Dmitriy Fedorovich Polyakov, KGB Colonel Leonid Georgiyevich Poleshchuk, KGB Colonel Vladimir Mikhaylovich Piguzov, GRU technical officer Nikolay Chernov, GRU Lieutenant Colonel Boris Nikolayevich Yuzhin, KGB scientific and technical officer Vladimir Ippolitovich Vetrov, GRU Colonel Vladimir Mikhaylovich Vasilyev, GRU officer Gennadiy Aleksandrovich Smetanin, KGB illegals support officer Gennadiy Grigoryevich Varenik, KGB scientific and technical officer Valeriy Fedorovich Martynov, KGB political intelligence officer Sergey Mikhaylovich Motorin, KGB officer Sergey Vorontsov, and Soviet scientist Adolf Grigoryevich Tolkachev. Other operations include KGB technical officer Viktor Ivanovich Sheymov, GRU Colonel Sergey Ivanovich Bokhan, and KGB Colonel Aleksey Isidorovich Kulak. Of particular note in the preceding list of agents compromised by Aldrich Ames is GRU General Dmitriy Fedorovich Polyakov, the highest-ranking spy ever run by the U.S. government against the Soviet Union during the Cold War. Described as the "Crown Jewel", he provided the U.S. with a treasure trove of information during his 20-plus year history of cooperation.

The book also covers the aftermath of Aldrich Ames arrest: the Congressional wrath on CIA for not identifying him sooner; FBI/CIA debriefings of Ames following his plea bargain; a retrospective of Ames the person and Ames the spy; and a comparison of Ames and FBI special agent and Soviet spy Robert Hanssen, arrested in February 2001 and sentenced to life in prison for spying for the Soviet Union against the U.S. for over 20 years. Although not personally involved in the Hanssen investigation, the two authors were peripherally involved in what became, after many false starts the Hanssen case.