The Creation of Patriarchy [Audiobook] 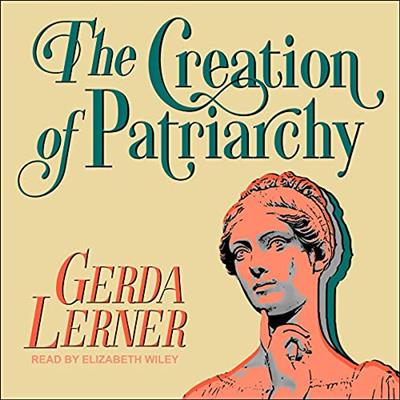 A major new work by a leading historian and pioneer in women's studies, The Creation of Patriarchy is a radical reconceptualization of Western civilization that makes gender central to its analysis. Gerda Lerner argues that male dominance over women is not "natural" or biological, but the product of an historical development begun in the second millennium BC in the Ancient Near East. As patriarchy as a system of organizing society was established historically, she contends, it can also be ended by the historical process.
Focusing on the contradiction between women's central role in creating society and their marginality in the meaning-giving process of definition and interpretation, Lerner explores such fascinating questions as: What can account for women's exclusion from the historical process? What could explain the long delay - more than 3,500 years - in women's coming to consciousness of their own subordinate position? She goes back to the cultures of the earliest known civilizations - those of the ancient Near East - to discover the origins of the major gender metaphors of Western civilization. Using historical, literary, archaeological, and artistic evidence, she then traces the development of these ideas, symbols, and metaphors and their incorporation into Western civilization as the basis of patriarchal gender relations.