Once Upon An Office Romance An - Maddison Lake 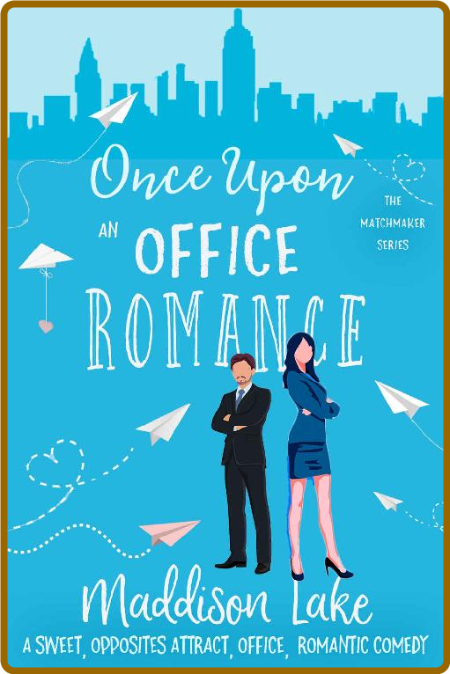 All Bernadette Parker wants is a promotion. All Damian Wells wants is to redeem himself. Finding love is not on the agenda.
Bernadette Parker can't stand back and watch the office hottie take credit for her work yet again. It's time to pull up her big-girl-panties and inform the new boss-McSteamy-Screamie, as he's been nicknamed-that it's her idea that caused the major spike in revenue last month. If she doesn't lose her nerve in the face of his heartthrob, good looks, and broody demeanor, that is.

Has she mentioned his kissable lips?

Damian Wells has problems of his own. He needs someone to help him look good in front of his boss at an upcoming conference. Preferably someone who knows more about the business than he does, which shouldn't be too hard to find, considering he's only just being thrown into the position last week.

After spending the last ten years specializing in back-packing across Europe and being flirty with every woman he's met along the way, Damian is the first to admit he's not exactly boardroom material. He needs a smart, capable woman on his arm to help him win over the head of the company-who just happens to be his disapproving father.

Though Damian has sworn off love forever, and Bernadette is definitely not looking for a match with her boss, it might just be exactly what they get.because sometimes love is not business as usual.

Once Upon An Office Romance is the first in a series of laugh-out-loud, office romcoms following Damian and Bernadette, two fish out of water, as they accidentally find love. Each new read in the series will feature a new couple and their office romance, which can be read as a standalone, or in order. This is a clean romcom romance, with no swearing, and no explicit sex on the page.

Inside this office romantic comedy you'll find the tropes of opposites attract, forbidden romance, forced proximity, friends to lovers, and more. Oh, and of course, a happily ever after!