The Jungle: Calais's Camps and Migrants 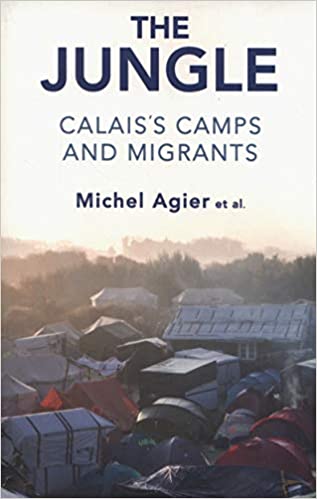 For nearly two decades, the area surrounding the French port of Calais has been a temporary staging post for thousands of migrants and refugees hoping to cross the Channel to Britain. It achieved global attention when, at the height of the migrant crisis in 2015, all those living there were transferred to a single camp that became known as 'the Jungle'. Until its dismantling in October 2016, this precarious site, intended to make its inhabitants as invisible as possible, was instead the focal point of international concern about the plight of migrants and refugees.
This new book is the first full account of life inside the Jungle and its relation to the global migration crisis. Anthropologist Michel Agier and his colleagues use the particular circumstances of the Jungle, localized in space and time, to analyse broader changes under way in our societies, both locally and globally. They examine the architecture of the camp, reconstruct how everyday life and routine operated and analyse the mixed reactions to the Jungle, from hostile government policies to movements of solidarity.
This comprehensive account of the life and death of Europe's most infamous camp for migrants and refugees demonstrates that, far from being an isolated case, the Jungle of Calais brings into sharp relief the issues that confront us all in a world where the large-scale movement of people has become, and is likely to remain, a central feature of social and political life.
DOWNLOAD
(Buy premium account for maximum speed and resuming ability)
https://nitroflare.com/view/EA43EFCF71296CC/vxtwe.The.Jungle.Calaiss.Camps.and.Migrants.pdf