The Failed Promise: Reconstruction, Frederick Douglass, and the Impeachment of Andrew Johnson 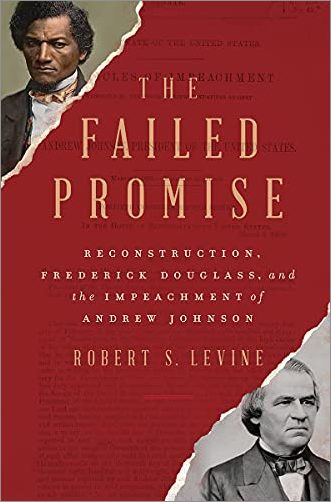 When Andrew Johnson assumed the presidency after Abraham Lincoln's assassination, the country was on the precipice of radical change. Johnson, seemingly more progressive than Lincoln, looked like the ideal person to lead the country. He had already cast himself as a "Moses" for the Black community, and African Americans were optimistic that he would pursue aggressive federal policies for Black equality.

Despite this early promise, Frederick Douglass, the country's most influential Black leader, soon grew disillusioned with Johnson's policies and increasingly doubted the president was sincere in supporting Black citizenship. In a dramatic and pivotal meeting between Johnson and a Black delegation at the White House, the president and Douglass came to verbal blows over the course of Reconstruction.

As he lectured across the country, Douglass continued to attack Johnson's policies, while raising questions about the Radical Republicans' hesitancy to grant African Americans the vote. Johnson meanwhile kept his eye on Douglass, eventually making a surprising effort to appoint him to a key position in his administration.

Levine grippingly portrays the conflicts that brought Douglass and the wider Black community to reject Johnson and call for a guilty verdict in his impeachment trial. He brings fresh insight by turning to letters between Douglass and his sons, speeches by Douglass and other major Black figures like Frances E. W. Harper, and articles and letters in the Christian Recorder, the most important African American newspaper of the time. In counterpointing the lives and careers of Douglass and Johnson, Levine offers a distinctive vision of the lost promise and dire failure of Reconstruction, the effects of which still reverberate today.