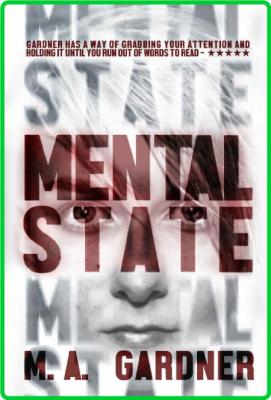 When conservative law professor Alex Johnson is found dead from an apparent self-inflicted gunshot wound at his house in Chicago, everyone thinks it is suicide. Everyone except his brother, Royce, an FBI agent.

Without jurisdiction or leads, Agent Johnson leaves his cases and family to find out who killed his brother. There are many suspects: the ex-wife, an ambitious doctor with expensive tastes and reasons to hate her ex; academic rivals on a faculty divided along political lines; an African-American student who failed the professor's course.

As Agent Johnson peels back layers of mystery in his rogue investigation, the brother he never really knew emerges. Clues lead from the ivy-covered elite university and the halls of power in Washington to the gritty streets of Chicago and Lahore, Pakistan. Ultimately, Agent Johnson must face the question of how far he is willing to go to catch his brother's killer.

Mental State is about two brothers learning about each other in death, and about the things people will do when convinced they are in the right.

"Exciting and compulsively readable, Mental State marks the entrance of a striking new talent on the thriller scene. Todd Henderson's confident debut draws the reader into the unfamiliar worlds of academia, the law, and backroom politics, while providing a fresh take on more familiar thriller ground like the world of law enforcement. The Professor's murder mystery delivers the rough and tumble goods, and it will leave readers wanting more." -Kurt Schlichter, lawyer and bestselling author

" Mental State is fascinating, detailed, and a pure page-turner. It's a must-read if you love the country, the Supreme Court, or just a book that will keep you up at night." -Ben Shapiro, public intellectual, talk-show host, and bestselling author

" Mental State is an impressive debut. Henderson renders the law world convincingly, constructs a deft plot-and then there is something more, a childhood memory that gives the entire novel real human depth and significance." -Martha C. Nussbaum, winner of the Kyoto Prize in Arts and Philosophy, Don M. Randel Award for humanities and Berggruen Prize for philosophy

"Try as I might, I could not put Mental State down. It's terrific. At times hilarious, always interesting, and in parts truly disturbing. I loved it." -Michael Seidman, Professor of Law at Georgetown University Law Center

"John Grisham and James Patterson have had a love-child and his name is Todd Henderson. Even if you gave up biting your nails in 7th grade, Mental State will bring you back to your nubs. Henderson's debut novel had me white-knuckling it from chapter to chapter in this heady, emotional, suspenseful and expertly-crafted page-turner. Royce Johnson is a man on a mission, filled with rage and a hunger for the truth-Ethan Hunt ain't got nothing on him!" -Mark Feuerstein, film and television actor

"The must-read political thriller of the year" -Anthony Franze, author of The Outsider

"When his brother dies of an apparent suicide, FBI agent Royce Johnson is the only investigator who knows it's murder. Thus begins a taught, spellbinding journey through the dark, dank corridors of his family's past and a shocking criminal enterprise. A well-written, fast-paced, rollercoaster of a ride you won't put down until the last paragraph." -Jack Getze, author of the award-winning Austin Carr Mystery Series