The Ottoman Road to War in 1914: The Ottoman Empire and the First World War 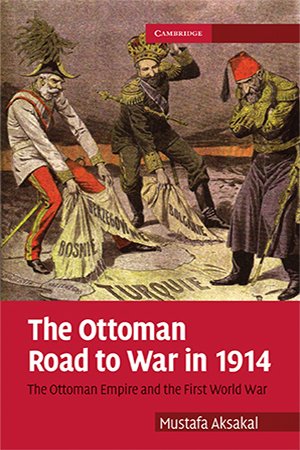 Why did the Ottoman Empire enter the First World War in late October 1914, months after the war's devastations had become clear? Were its leaders 'simple-minded,' 'below-average' individuals, as the doyen of Turkish diplomatic history has argued? Or, as others have claimed, did the Ottomans enter the war because War Minister Enver Pasha, dictating Ottoman decisions, was in thrall to the Germans and to his own expansionist dreams? Based on previously untapped Ottoman and European sources, Mustafa Aksakal's dramatic study challenges this consensus. It demonstrates that responsibility went far beyond Enver, that the road to war was paved by the demands of a politically interested public, and that the Ottoman leadership sought the German alliance as the only way out of a web of international threats and domestic insecurities, opting for an escape whose catastrophic consequences for the empire and seismic impact on the Middle East are felt even today.
DOWNLOAD
(Buy premium account for maximum speed and resuming ability)
https://nitroflare.com/view/305DEC7EA641F28/0g4ni.The.Ottoman.Road.to.War.in.1914.The.Ottoman.Empire.and.the.First.World.War.pdf