A History of Mechanics 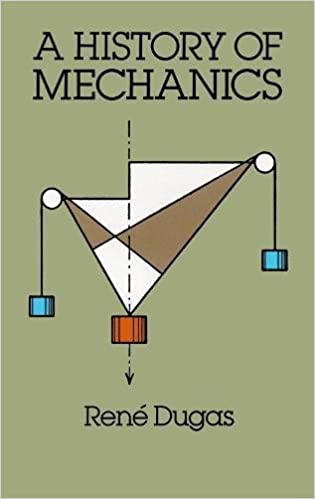 A History of Mechanics
English | 2011 | ISBN: 0486656322 | 688 pages | EPUB | 11.3 MB
"A remarkable work which will remain a document of the first rank for the historian of mechanics." - Louis de Broglie
In this masterful synthesis and summation of the science of mechanics, Rene Dugas, a leading scholar and educator at the famed Ecole Polytechnique in Paris, deals with the evolution of the principles of general mechanics chronologically from their earliest roots in antiquity through the Middle Ages to the revolutionary developments in relativistic mechanics, wave and quantum mechanics of the early 20th century.
The present volume is divided into five parts: The first treats of the pioneers in the study of mechanics, from its beginnings up to and including the sixteenth century; the second section discusses the formation of classical mechanics, including the tremendously creative and influential work of Galileo, Huygens and Newton. The third part is devoted to the eighteenth century, in which the organization of mechanics finds its climax in the achievements of Euler, d'Alembert and Lagrange. The fourth part is devoted to classical mechanics after Lagrange. In Part Five, the author undertakes the relativistic revolutions in quantum and wave mechanics.
Writing with great clarity and sweep of vision, M. Dugas follows closely the ideas of the great innovators and the texts of their writings. The result is an exceptionally accurate and objective account, especially thorough in its accounts of mechanics in antiquity and the Middle Ages, and the important contributions of Jordanus of Nemore, Jean Buridan, Albert of Saxony, Nicole Oresme, Leonardo da Vinci, and many other key figures.
Erudite, comprehensive, replete with penetrating insights, AHistory of Mechanics is an unusually skillful and wide-ranging study that belongs in the library of anyone interested in the history of science.