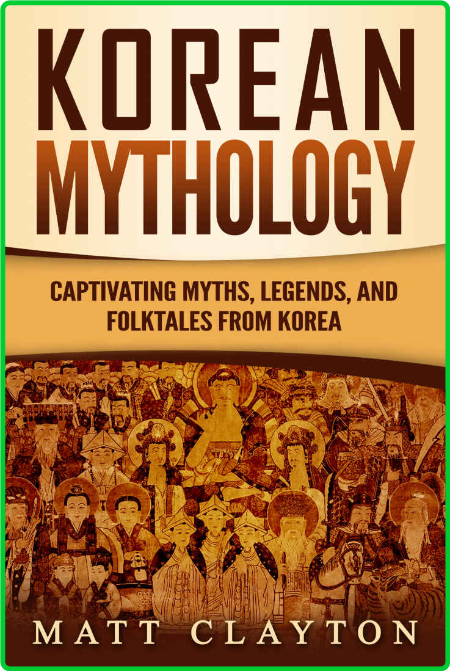 Have you ever encountered a noblewoman who was so beautiful that every time she walked by a body of water, the divine being who lived there kidnapped her? Or a mole who wanted to marry his beloved daughter to the wind? You will get to meet both of them in this book.

Long ago, Korea was divided into the three kingdoms of Koguryo, Silla, and Paekche. Each kingdom had its own culture, myths, and legends. Many of these myths were first written down in a collection called Samguk yusa, or "Memorabilia of the Three Kingdoms," which was compiled by a Buddhist monk named Iryeon in the late thirteenth century.

Changes in religious belief across the centuries came to have an important impact on Korean mythology. The earliest religion was a form of shamanism, and the belief in gods and spirits who inhabit animals and mountains come to the fore in several of these tales. Buddhism was introduced in the fourth century, and several Korean myths have Buddhist monks or priests as their protagonists. Confucianism, which gained traction in Korea starting at the end of the fourteenth century, contributed to the concept of filial piety that informs the plots of several of the stories in this volume.

Some of these myths involve high-status people such as kings and government officials, or else tell of the activities of divine beings such as heavenly maidens or dragons, while others are amusing tales about the doings of cats and dogs and other animals. Myths such as "The Legend of Tangun" explain how kingdoms were founded, while "Kot'aji and the God of the Western Sea" tell the tale of how the archer Kot'aji saved a dragon and his family from the predations of a malicious demon, while other dragon stories are about people needing to be rescued from their long, scaly hosts who, despite having snatched people away from their families, are largely benignant beings who treat their guests well.

Here are just a few of the other amazing things you will encounter in this collection of Korean myths and legends: