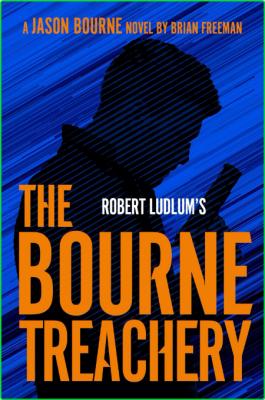 *The world's most ruthlessly efficient assassin, Jason Bourne, is facing the one force he can't defeat-his own past-in the latest thrilling entry in Robert Ludlum's New York Times* bestselling series.
**
Three years ago, Jason Bourne embarked on a mission in Estonia with his partner and lover, a fiery Treadstone agent code-named Nova. Their job was to rescue a Russian double agent who'd been smuggled out of St. Petersburg in the midst of an FSB manhunt.
They failed. The Russian died at the hands of a shadowy assassin known only by the nickname Lennon.
Now everything has changed for Bourne. Nova is gone, killed in a mass shooting in Las Vegas. Bourne is a lone operative, working in the shadows for Treadstone, when he's called in for a new mission in London-to prevent another assassination masterminded by Lennon.
But nothing about this mission is what it seems. As Bourne engages in a cat-and-mouse game with Lennon across the British countryside, he discovers that everything he thought he knew about the past was a lie. And with the body count rising, he comes to an inevitable conclusion: Some secrets should stay buried.