Currency War by Lawrence B Lindsey 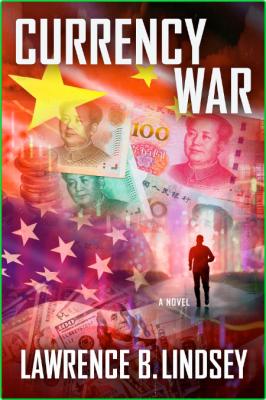 Currency War is an international thriller that only Lawrence B. Lindsey - economist, adviser to presidents, and Washington insider - could tell.
Is it possible to wage war without weapons? Is it possible to win a war without firing a shot? These are the questions facing Ben Coleman after he finds himself a first-hand witness to a bank run in Beijing that ends up being brutally suppressed by the Chinese military.

Coleman, chairman of the U.S. Federal Reserve under President Will Turner, realizes this is a harbinger of things to come... a suspicion confirmed by Li Xue, his counterpart in the Chinese gov-ernment. Li is part of a modernizing movement that is locked in confrontation with a hardline fac-tion headed by General Deng Wenxi. Deng sees the U.S. in a weak economic position and plans to make China the global superpower by replacing the U.S. dollar with the yuan as the world's reserve currency.

So begins a currency war between the United States...