The Mercury 13 The Untold Story of Thirteen American Women and the Dream of Space... 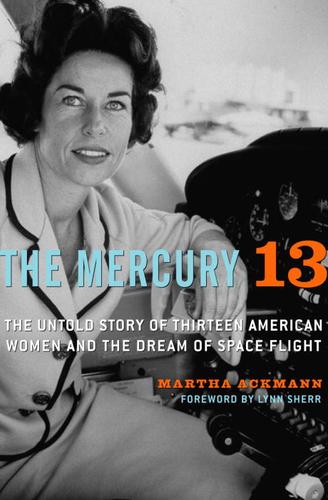 For readers of The Astronaut Wives Club, The Mercury 13 reveals the little-known true story of the remarkable women who trained for NASA space flight.

In 1961, just as NASA launched its first man into space, a group of women underwent secret testing in the hopes of becoming America's first female astronauts. They passed the same battery of tests at the legendary Lovelace Foundation as did the Mercury 7 astronauts, but they were summarily dismissed by the boys' club at NASA and on Capitol Hill. The USSR sent its first woman into space in 1963; the United States did not follow suit for another twenty years.

For the first time, Martha Ackmann tells the story of the dramatic events surrounding these thirteen remarkable women, all crackerjack pilots and patriots who sometimes sacrificed jobs and marriages for a chance to participate in America's space race against the Soviet Union. In addition to talking extensively to these women,...