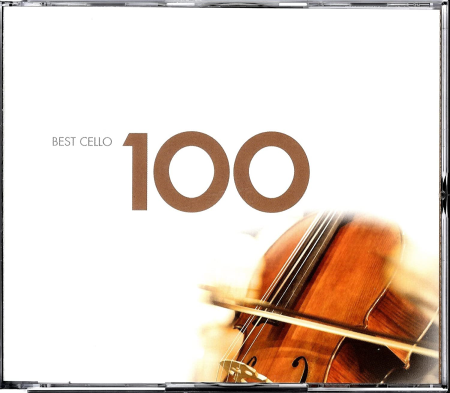 Each CD is themed according to eras and genres, and the details are as follows:

This disc bs with complete performances of three of the famous Cello Suites of J.S. Bach, each by a different legendary cellist Pablo Casals, Paul Tortelier and Mstislav Rostropovich and ends with music by another of the great Baroque composers, Antonio Vivaldi.

The programme on this CD includes masterpieces by the leading composers of the Classical Era Monn, Haydn, Boccherini and Beethoven and sees the first appearance of the greatly loved British cellist Jacqueline du Pré, as well as a number of other major performers such as Truls Mørk and Steven Isserlis.

CD 3: BRAHMS AND BEFORE

This disc covers popular works written in the early19th century by Schubert, Schumann, Chopin, Mendelssohn and Paganini before concluding with a number of later compositions by Dvo ák and Brahms.

The music heard here was written mainly in the latter part of the 19th century and includes compositions by Saint-Saens, Fauré, Franck, Grieg, Tchaikovsky, Bruch, Richard Strauss and Rachmaninov. The CD concludes with the finale of the delightful Cello Concerto by Sir Arthur Sullivan, which was thought lost when the unpublished manuscript score and orchestral parts were destroyed in a fire in 1964. But it was later reconstructed in the 1980s by David Mackie and Sir Charles Mackerras from a copy of the soloist s part found in the USA and Mackerras s recollection of the scoring from having conducted the work in 1953.

This programme covers works composed in the 20th century by leading composers of the such as Elgar, Sibelius, Prokofiev, Britten, Bloch, Barber and Shostakovich, as well as more recent compositions by Gubaidulina and Tavener.

The final CD is a cornucopia of short works, rag from spectacular encore pieces like Moto perpetuo by Paganini and Dance of the Elves by Popper, to lyrical and romantic encores like Clair de lune by Debussy and Chanson hindou from Rimsky-Korsakov s exotic opera Sadko. The whole collection concludes with an ensemble of twelve cellists from the illustrious Berliner Philharmoniker in an exciting performance of the Fugue that concludes Bachianas brasileiras No.1 by Villa-Lobos.